You won’t make a million from Bitcoin. But £500 a month in a Stocks and Shares ISA might do it – The Motley Fool UK

The FinTech and Cryptocurrency Marriage

Future Of Trading Of Cryptocurrency In India – Technology – India

Quiet is the best word to describe the bitcoin market. Tuesday’s trading stayed within the same price range maintained over the past several weeks, with bitcoin remaining inside a tight $200 range for much of the day.

Ether, the second-largest cryptocurrency by market capitalization, dropped 1.2% from its Tuesday open, trading around $225 as of 20:00 UTC (4 p.m. ET), according to Bitstamp.

Some traders are growing tired of this range as expectations for a breakout in either direction are crushed. “Every breakout in the last six weeks has revealed to be a false one, taking many traders to the woodshed in just a few hours,” said David Lifchitz, partner at quantitative trading firm ExoAlpha.

Even liquidated contracts on BitMEX, the largest bitcoin derivatives exchange by open interest, show how stagnant bitcoin’s price action has become. Total daily liquidations on the exchange have not passed even $4 million for three consecutive days, according to Skew.

Traders are getting “mixed messages” from the bitcoin market, Denis Vinokourov, head of research at prime broker Bequant, told CoinDesk. “On the one hand, the futures curve is in contango (upward sloping), which is indicative of leverage interest. But, yet at the same time, the options market continues to point to downside price protection demand, with front-end (shorter-dated one-month [expirations]) skew much higher relative to the rest of the curve and also when compared to Ethereum,” said Vinokourov.

As its price stands still, bitcoin’s volatility plummets. Its 30-day volatility, for example, is reaching its lowest level since late February, according to Coin Metrics.

When bitcoin will finally pick a direction – up or down – for a new trend is anyone’s guess. “We’re still in a ‘wait-and-see’ phase,” Lifchitz told CoinDesk. The market, he added is “definitely in need of a catalyst to break above $10,000 on heavy volume or below $8,000.”

If the price drops, however, some traders expect bulls to capitalize on the opportunity and buy more. “Dip buyers,” a name for investors who increase their position sizes when an asset price declines, will “aggressively” buy any substantial drops in the bitcoin price, said Alistair Milne, chief investment officer at Altana Digital Currency Fund.

See also: Crypto Long & Short: What Trends in Volatility Could Mean for Bitcoin

Taking to Twitter, Milne said traders are “still underestimating” the amount of bitcoin that has been accumulated and removed from the market by long-term, often ideological investors. The exact amount of bitcoins held off the market is roughly 73%, according to Glassnode. Also taking to Twitter, CTO Rafael Schultze-Kraft noted that approximately 13.5 million bitcoins have not moved since the start of 2020, signally bitcoin investors’ commitment to hold through an uncertain market.

Tuesday cryptocurrency gains included a variety of decentralized finance assets, according to Messari. Nexo (NEXO) gained 4.2%. Also up was kyber network (KNC) by 2.8%. All price changes were as of 20:00 UTC (4:00 p.m. ET).

In commodities, Tuesday was a good day for gold bulls as the yellow metal gained 1.25% from its daily low at $1,764. Silver gained more than 2% from its daily open Tuesday.

Meanwhile, gains from the S&P 500 pushed most other major stock indices down on Tuesday.

The leader in blockchain news, CoinDesk is a media outlet that strives for the highest journalistic standards and abides by a strict set of editorial policies. CoinDesk is an independent operating subsidiary of Digital Currency Group, which invests in cryptocurrencies and blockchain startups.

Previous Bitcoin’s Boring Price Could Be End Of Quarter Lull

Bitcoin’s Boring Price Could Be End Of Quarter Lull 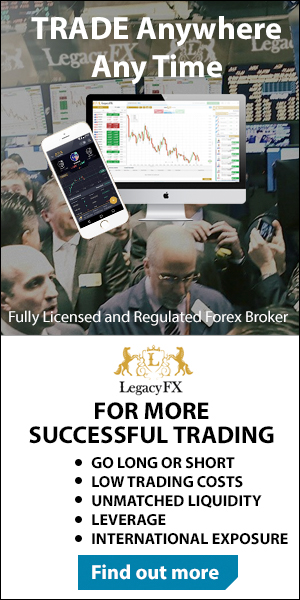